“Watch every tendency towards militarism, for we know that preparation for war leads to war.”
– William Mulock 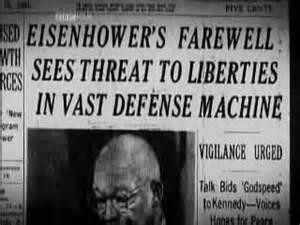 Understanding the Military Industrial Complex is essential to an understanding of militarism. As he was leaving office, President Eisenhower, a WWII general, warned the country of the unprecedented buildup of arms driven by the profit motive. Whenever war is being waged, there is profit to be made. This short documentary is a good introduction to the behind-the-scenes influence that pushes the U.S. toward more and more aggression.

Veterans for Peace – No Drones 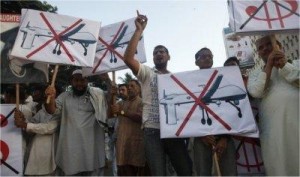 The Veterans for Peace leaflet on drones is a quick-and-to-the-point look at some of the main objections to the U.S.’ use of drones overseas. The huge cost and large rate of loss are some of the problems, as is the number of civilians who are considered collateral damage. Weaponized drone strikes are “targeted killing” according to the U.S. Special Rapporteur, and therefore illegal under International Law.

From Console to Trigger: How Pentagon “Exploits” Video Game Culture to Wire Youth for War

The military is finding that youth who are proficient at video games have the skills they need to be drone pilots. Recruiters have been targeting these youth for a decade, according to Tonje Schei, director of the documentary Drone. There’s one big difference that gamers realize, once they join: as drone operators, what is on the screen is very real; your targets are fellow human beings.