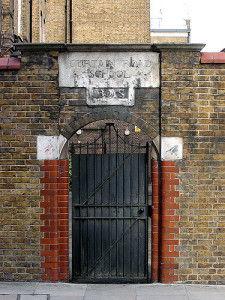 A report released in May 2016 from the General Accounting Office “found that more than 60% of schools with high levels of poor students were racially segregated, which the report defined as being at least 75% black or Latino.”

“I think what this report revealed … is that the legacies of slavery in this country, the legacies of Jim Crow, are alive and active,” said Jadine Johnson, an attorney at Advancement Project. “That did not go away with Brown v Board of Education.” In 1954, the Supreme Court struck down the idea of “separate but equal.” Many poor, inner city schools have crumbling infrastructure, fewer courses and less experienced teachers. 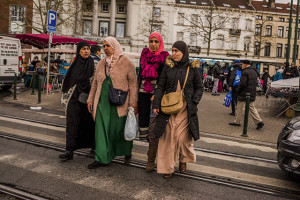 A study by the American Friends Service Committee shows how media outlets report news about violent extremism corresponds with an uptick in discrimination and violence against Muslims in this country. Reporters consistently paint the religion of Islam as a source of violent extremism, rather than explaining that extremist groups use religious rhetoric as a weapon and recruiting tool. Although U.S. military interventions have failed to stem the rise of extremist groups, little media attention is given to peace-building efforts that are working in places like Indonesia and Somalia. One might ask who benefits from American Islamaphobia?

How to be an Interrupter 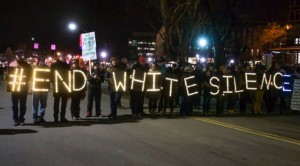 Some suggestions from Aaryn Belfer, a white person, on being an upstander, not a bystander, in the struggle for Racial Justice. Her ideas: inform yourself; watch the YouTubes of police interaction with people of color who were killed; read books, engage white friends in discussions about racism. Above all, we are
told, don’t do nothing.