At a Worker Justice Forum on the Peace Campus, Rabbi Laurie Coskey talked of Shalom, typically thought of as “peace”, but translated from the Hebrew, the word means “wholeness”. One question that we might ask when using the spirituality lens is “Can we be whole as a community when there is so much brokenness among us?” 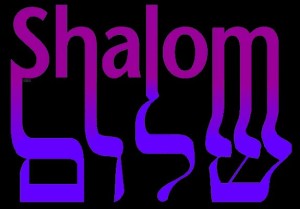 Each of us defines for ourselves what spirituality means. How some define it may reference a religious belief, and for others spirituality transcends religion. Either way, delving into our spiritual selves, we may ask, “What is deeply and essentially important, and what gives one’s life meaning?”

If you use a spiritual lens to evaluate your priorities and decisions, how would you connect that to the PRISMS issues? One blogger on the subject says, “Spiritual activism invites us to embrace the unique and powerful role each of us has to play in the unfolding of justice and peace, to be a force for cultivating what we want, not just stopping what we don’t want.”18 Do you agree?

“People who are socially, economically, culturally, politically, institutionally or otherwise
marginalised are especially vulnerable to climate change” says a 2014 UN Climate Change report19. Food shortages due to crop failures, deaths from heatwaves, flooding, and fires are likely to impact the poor more than those whose energy use has fueled climate change. 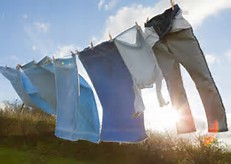 Thanks to An Inconvenient Truth 20, and other media, we understand the science of this man-made disaster. Even so, there has been very little policy change in the U.S., lawmakers have instead denied the science and pushed back on efforts to curb carbon emissions. As individuals, we can ride bikes, purchase electric vehicles, dry our clothes on a line and change to LED bulbs, but Climate Change is a problem that requires governments to make big policy changes in order to make a real difference. (An example would be the Dutch parliament proposal to permit only all-electric cars on their roads by 2025 21.)

What would happen if we were supporting more alternative energy think tanks, converting government buildings to solar, giving tax incentives to companies to develop renewables? What if vocational schools were training solar installers and electric car mechanics, and foundations gave scholarships to promising students interested in renewable energy? What if people of faith formed a giant coalition that demanded that Congress act decisively on climate change?

In the age of the tweet, The Peace Resource Center of San Diego is committed to its enduring mission of peace education. Finding solutions to the challenges to peace, justice and sustainability requires that we understand the complexity of the issues. We hope that you will delve into our resources and share them, as well as participating in our forums, discussions and other events. Check out our Facebook page to stay connected to current offerings.

“An enlightened citizenry is indispensable for the proper functioning of a republic. Self-government is not possible unless the citizens are educated sufficiently to enable them to exercise oversight.” – Thomas Jefferson