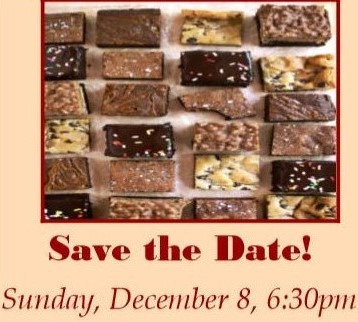 The Nominating Committee has recommended the following slate of nominees for the 2020-2021 Board. These nominees if approved by the members will serve a 2-year term on the Board of Directors.

Michael Brackey is standing for another term as a Board Member. He is actively engaged in Jewish Voice For Peace, Climate Mobilization and Peace-keeping efforts on behalf of the PRC.

“My name is Cheryl Canson. I am a native San Diegan. My birthdate is November 2, 1962. I graduated from James Madison High School in 1980. I am a survivor of the Child Welfare System. I have always been a peacemaker. I am extremely empathetic.My first job out of high school was as a Word Processing Operator for the City of San Diego. When my first son was born with a rare disease called Hirschprungs Disease, I resigned from the job to take care of my son. From that point on I devoted my time and life to care for my son who I was told more likely than not he would have brain damage as a response.After him I had three other children who suffer from mental illness. Not long after their diagnoses, I learned that my mother suffered with Paranoid Schizophrenia. This is the reason for me being placed in foster care.In spite of all adversities, I remain calm to my center and a peacemaker. The older I’ve gotten and wiser, I relate to my adversities as to the caterpillar in the cocoon…it’s painful but necessary to get to the other side of some awareness or reality, hence “The Butterfly”. I’m a firm believer kids are divinely given their parents and vice versa.  Seeing the struggles  and symptoms of my children’s illnesses i.e. anxiety, impulsivity, psychosis, I became educated about mental illness and how to care for my children and keep them thriving.I am a mental health advocate and strive to eradicate the criminalization of mentally ill people! Because I am directly impacted by the criminal injustice system, my initiative “Treat M.I. Don’t Mistreat M.I.” (M-Mental I-Illness) was birthed. This initiative creates a platform to amplify voices of mentally ill people placed in prison through their families and other supporters. Also to share resources is another goal. This initiative will also seek to work with Public Defenders and other attorneys to encourage mental health diversion to be offered by the court in lieu of incarceration. My initiative will also decrease prison population of brown and black people and save lives!!I am honored to be given this opportunity to be a part of The Peace Resource Center. I have been fortunate to work with Carroll Boone and Anne Barron in various advocacy groups. I’m sure I will fit in The PRC like a hand-in-glove. I also am following in the footsteps of Rev Malone who first fostered the relationship between Women Occupy and “All Of Us Or None”.

Bonnie Clayton Loewy has led the Peacemaking Partners Program between the PRC and Rowan Elementary School for the past two years, building on the peace and conflict resolution K-5 curricula developed by PRC volunteers. Her resume can be read here.

Alan Ridley was born in Minnesota and came to Southern CA when he was seven years old.   After high school he was a pre-med student in college in Oregon. However he graduated in Political Science from the same college that Steve Jobs dropped out of.  He received a group scholarship to study overseas in Europe, in what was then, Yugoslavia. He served in the United States Army declaring himself to be a conscientious objector but was able to work in non-combat assignments and complete his tour of duty.   He worked in the wine business and studied animated film and cinema at UCLA. A career move in education took him to San Diego, Indonesia and Japan.
He has a background in economic development working as Economic Development Representative in the start-up San Ysidro/Otay Mesa Enterprise Zone.  He speaks Spanish, Serbo-Croatian, German, Japanese and other languages. He is semi retired from Cuyamaca College where he worked in the career and transfer center and championed renewable energy including wind energy.   He also researched green careers in San Diego and Imperial Counties and has been active on the board of San Diego Regional Clean Cities Coalition and also serves as President of the Foundation for Economic Justice.
In Japan, Alan specialized in accelerated learning using music, theater and art to teach anything and in this case English as a second language.   He is married and has two grown children. When researching green jobs he developed an interest in sustainable urban agriculture and learned how to grow dragon fruit and Moringa, the Miracle Tree which he learned about through Linda Williams at the Church of the Brethren.   He attended the Holiday Craft Fair, on Nov. 30, 2019 as well as other Peace Craft Fairs for about 10 years, mostly offering dragon fruit and Moringa trees.
In addition to interests in peace and economic justice, Alan is also deeply concerned about issues of democracy and climate change.    He is a fan and supporter of KNSJ, FM 89.1, radio for social justice.

Brianda Vargas is actively engaged in building community through her work. Brianda is the Executive Director of cOMmunity Yoga and Mindfulness and a Registered Yoga Teacher with certification in Trauma-Informed Yoga. She began as a Volunteer at La Maestra Generations in 2016 and now works at La Maestra and designed yoga programs for children, youth, adults, and recently started working with people in recovery. She has been an active participant in the Peace Promotion Momentum Team from Mid City Can for almost a year. She also leads a Mindfulness and Self -Compassion support group.

Herbe Zapata has been a Board Member serving as a liaison between Veterans For Peace – San Diego Chapter and the PRC. He is stepping up as a Board Member At Large. He is a member of the PRC PRISMSS team and an ardent vegan that led the PRC resolution to serve only planet-friendly foods and beverages at our gatherings.