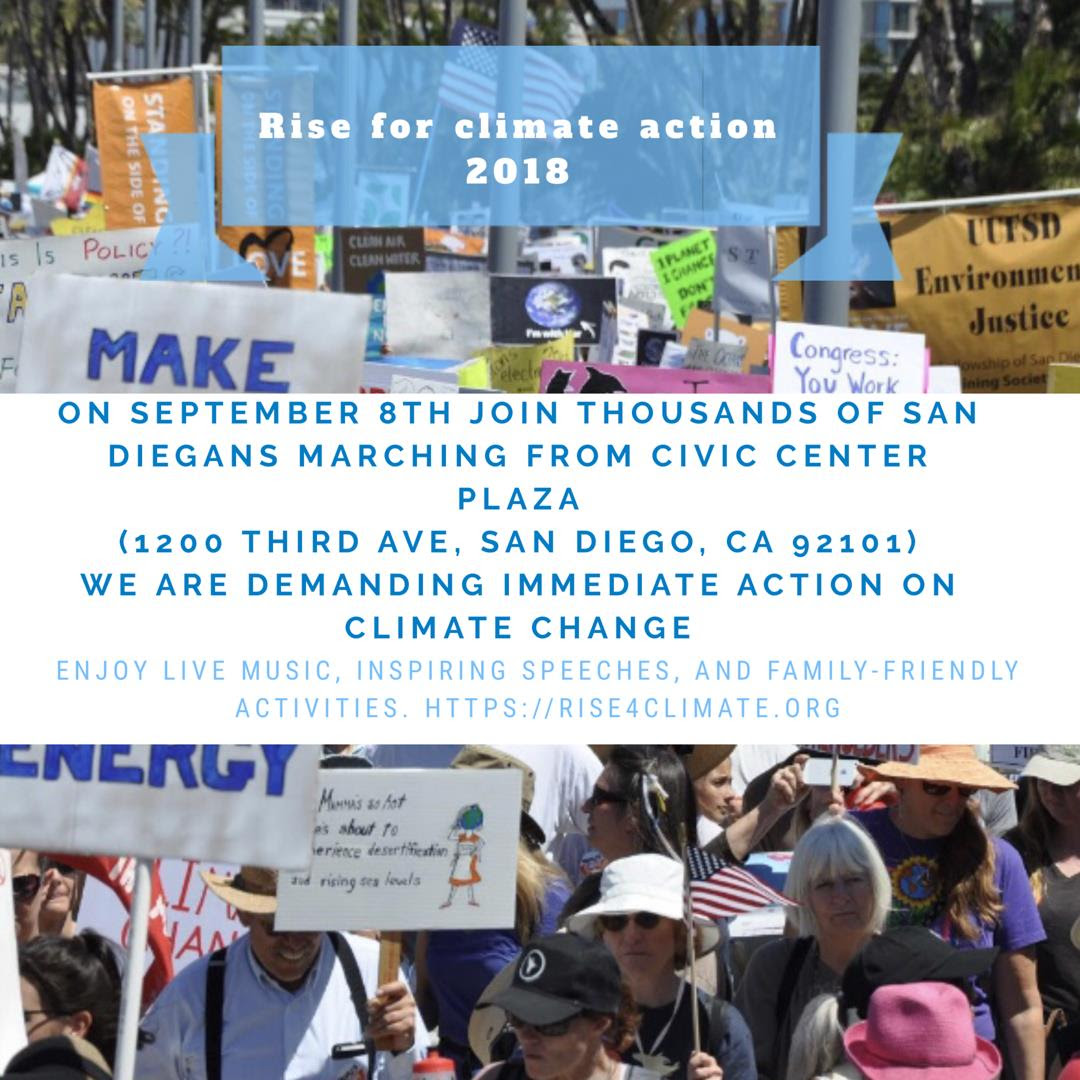 Live music, inspiring speeches, and participatory actions will be followed by a march to

Climate change is THE continuing crisis for the world, the nation, California, and San Diego. Worsening wildfires, droughts, floods, hurricanes, locally and world-wide; the poorest communities hit first and worst, but everyone, and everyone’s children and children’s children, to pay the price.  The oceans, lands, air and waters are being decimated. Yet, government doing not just not enough, but actively making things worse.
STAND UP, FIGHT BACK –come out on Sept. 8, make noise and take action! WE MUST change this. SAVE THE DATE!  Much more information at:

https://www.facebook.com/events/159600528190342/
Look for the PRC banner and join us as we look to co-create a peace economy that looks to sustain the earth and its inhabitants for generations.
The earth is in our hands.