Physicians for Human Rights, has published a report “Broken Laws, Broken Lives: Medical Evidence of Torture by US Personnel and Its Impact.” Below is the preface by retired two star General Antonio Taguba who was forced into retirement after his report about Abu Ghraib came out in 2004. 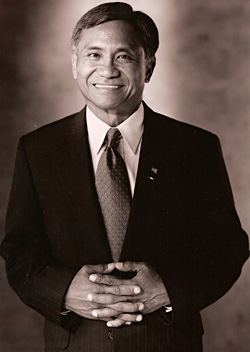 Maj. General Taguba led the US Army’s official investigation into the Abu Ghraib prisoner abuse scandal and testified before Congress on his findings in May, 2004.

This report tells the largely untold human story of what happened to detainees in our custody when the Commander-in-Chief and those under him authorized a systematic regime of torture. This story is not only written in words: It is scrawled for the rest of these individuals’ lives on their bodies and minds. Our national honor is stained by the indignity and inhumane treatment these men received from their captors.

The profiles of these eleven former detainees, none of whom were ever charged with a crime or told why they were detained, are tragic and brutal rebuttals to those who claim that torture is ever justified. Through the experiences of these men in Iraq, Afghanistan, and Guantanamo Bay, we can see the full scope of the damage this illegal and unsound policy has inflicted—both on America’s institutions and our nation’s founding values, which the military, intelligence services, and our justice system are duty-bound to defend.

In order for these individuals to suffer the wanton cruelty to which they were subjected, a government policy was promulgated to the field whereby the Geneva Conventions and the Uniform Code of Military Justice were disregarded. The UN Convention Against Torture was indiscriminately ignored. And the healing professions, including physicians and psychologists, became complicit in the willful infliction of harm against those the Hippocratic Oath demands they protect.

After years of disclosures by government investigations, media accounts, and reports from human rights organizations, there is no longer any doubt as to whether the current administration has committed war crimes. The only question that remains to be answered is whether those who ordered the use of torture will be held to account.

The former detainees in this report, each of whom is fighting a lonely and difficult battle to rebuild his life, require reparations for what they endured, comprehensive psycho-social and medical assistance, and even an official apology from our government.

But most of all, these men deserve justice as required under the tenets of international law and the United States Constitution.

And so do the American people.

Broken Laws, Broken Lives: Medical Evidence of Torture by US Personnel and Its Impact