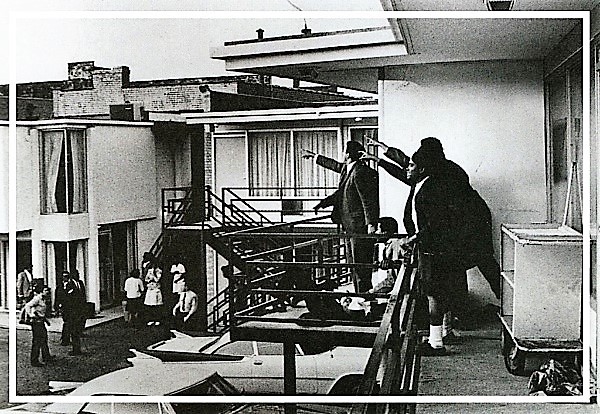 Join us for an Open House to welcome Darwin with a night of Live Music, Dancing, Refreshments and Spirits.

Tours of campus and social begins at 6:00pm
Program and music begins at 7:00pm

Auction items include:
Two Tickets for Into the Beautiful North
Gardening Lessons
Rise Up Coffee
Local Artwork
and more!

Darwin Fishman, Ph.D. will be joining the Peace Resource Center of San Diego as our new Program Director.  Darwin is currently serving as an Alternate Board member on the Community Review Board on Police Practices and he is on the African American Advisory Council that is responsible for organizing Kuumba Fest!  Darwin is also working as a Social Organizer for San Diego Black Professionals and he is a part of Black Men United.  Darwin worked as an Adjunct Criminology and Sociology Professor in the Department of Sociology and Social Work at Point Loma Nazarene University. Darwin has years of experience of working as a community organizing and working on political and social issues.  Darwin also spent 13 years in Washington, D.C. as a graduate student at the University of Maryland, College Park before he moved to San Diego in 2013.  Since Darwin has received his Ph.D. in American Studies in 2006 he has taught at Universities and Colleges on the East and West Coast, as well in the Midwest.  These schools include Temple University, Stony Brook University and the University of the District of Columbia.

Darwin has multiple publications and this includes the book, Political Activities of African American Teenagers:  A Case Study of High School Students in the Washington DC Metropolitan Area, published by The Edwin Mellen Press in 2011 and a chapter in the book Democratic Destiny and the District of Columbia:  Federal Politics and Public Policy, Lexington Press, Winter, 2010 (Co-Editors Drs. Ronald Walters and Toni Michelle Travis.)  He also has a book entitled Tarred and Feathered, Again:  Racial Attacks on President Obama That Provoke, Disappear, and Fester, Cognella Academic Publishing and a forthcoming chapter, “The Death of Trayvon Martin and Public Space:  Why the Racial Contract Still Matters,” that will be published in the book, Black Sociology: Contemporary Issues and Future Directions, Ashgate Publishing Company, (2017).Professor Fishman has a Ph.D. in American Studies from the University of Maryland, College Park, an M.A. degree in Interdisciplinary Studies (Social Science) from San Francisco State University, and a B.A. degree in Sociology from the University of Victoria, British Columbia, Canada.

Darwin was born and raised in Davis, Cal and his father is a retired English professor, Jerry Fishman, and his mother Sylvia Fishman worked as an administrative assistant for UC Davis and the Davis Unified School District before she passed in 2013.  Darwin also has one older brother, Wendell Fishman, who works as a Computer Technology professor at Consumes River Community College in Sacramento and Wendell is married to Ruby Calhoun.

When Darwin is not busy organizing a myriad of political and social activities, he is out and about at cultural and art event events all over the city. Darwin also attends City of Hope Church International and he is an active member of the Partnership for Racial Justice (alliance of the six United Church of Christ in San Diego that are devoted to anti-racist work.). Darwin continues to be actively engaged in his new San Diego community and thoroughly enjoy all of the bloods, sweat, and tears that come from a life well lived here.

Why April 4th?  Darwin selected the April 4th date to honor and acknowledge the 49th anniversary of the assassination of MLK.